I purchased the NA version with the N connector, recently from a local HAM who had one new in the package. He was going to use it for a project, but sometime later the project did not happen, so he sold it to me for a good price. I had planned on replacing the old quarter wave vertical that I had been using for my APRS I-Gate with this antenna.

Unfortunately this “no tune” antenna is garbage on the lower half of two meters. Below 146.0Mhz, the reflected power climbs dramatically. When I saw this on the SWR meter, I setup the analyzer and sure enough, the resonant point is around 149.5Mhz . Usable bandwidth is about 146.0 to 154.0 .
I guess that I would be all set if I was using MURS...

UHF is fine, nearly 10Mhz wide. The antenna was tested at ~17 feet AGL. I am glad that I tested it before it went up higher, but still it is disappointing that RF parts cannot get their QC right.

Thinking back, this is not the first time that I have seen this happen with an X-50.
A few years back our local EMCOMM group bought three of these antennas brand new as replacements for older antennas. One was to replace the antenna for our APRS digipeater.
So there I was, strapped into the tower, I had just tightened the new X-50 into place, when something told me to yell back down that the guys below should test it, while I was still up there (yes I shimmied down a few feet before they PTT). You guessed it, SWR over 2:1 . So we lowered that one back down and hoisted another up, and this time it was good. I sealed everything up, and that antenna is still in service.
After I came down from the tower, we tested the third X-50, and that one also would not have been a good match on APRS, although it was better than the first antenna that we tried. So the lesson learned was that each one of those X-50 antennas had a very different resonant point on VHF. I should have remembered that recently when I purchased that antenna from the local HAM.

He purchased the antenna from AES, of course they will not take the antenna back once it has been out of the door for more than three months, so I am stuck with this lemon.

Roughly half of the Diamond / RF Parts equipment that I have purchased in the last 19 years or so, has been garbage. I have tried in the past to deal with RF Parts on replacements, but they have always managed to screw me.

The moral of the story is never buy Diamond used, or shipped. Only purchase their products locally and test them right away, so that you can return them locally if needed. 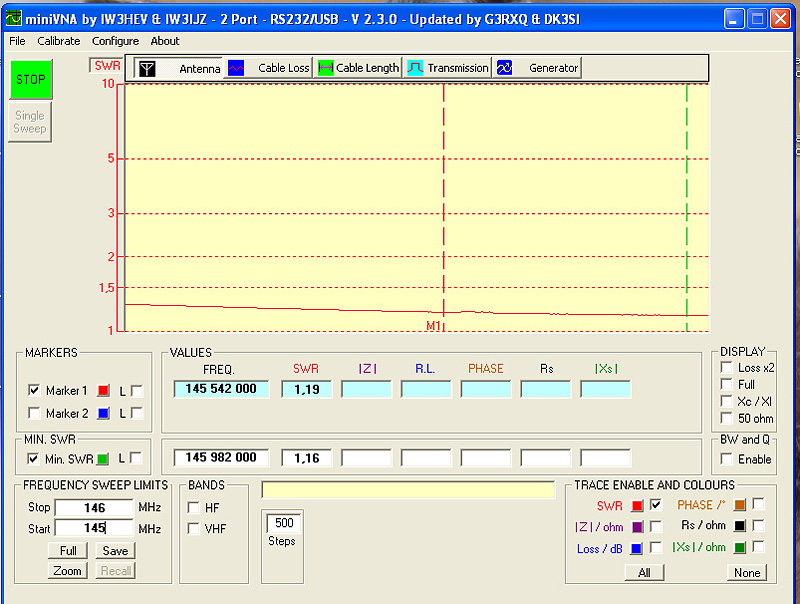